an issue of Warriors: Jailbreak by Dabel Brothers Productions 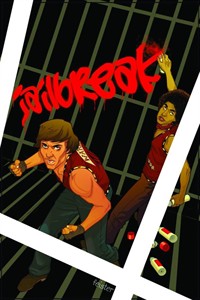 Issue not yet rated - You rated this a 0
Previous Issue Next Issue
Issue description
Writer: Erik Henriksen Todd Herman
Rough, smart, funny, and action-packed, there's a reason why The Warriors is still a fan-favorite, 20 years after its controversial debut! Now, Dabel Brothers Publishing presents the eagerly anticipated The Warriors: Jailbreak, a four-issue series that picks up where the movie left off! In Jailbreak's first issue, we find out what happened to tough-guy Ajax after his arrest; follow young Rembrandt as he makes his way on New York's tough streets; and get caught up in the exhilarating action as Swan, The Warriors' new leader, prepares for his gang's most dangerous adventure yet. Jailbreak is everything fans love about The Warriors... and more!