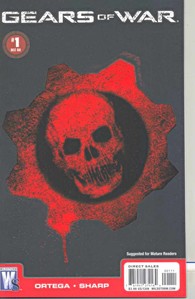 1 rating - You rated this a 0
Previous Issue Next Issue
View all 2 covers
Issue description
Writer: Joshua Ortega Liam Sharp
The best-selling video game franchise arrives in comic books stores with a blast - one month before the debut of the new Xbox 360 game! The opening six-issue arc of this new ongoing series bridges the end of the first Gears of War game and the start of the second one, following the brutal adventures of Marcus Fenix and Delta Squad in the battle against the Locust! What happened after the Lightmass Bombing and how did the Locust react to this devastating weapon? Find out in this new series by Gears of War 2 game-writer Joshua Ortega (Death Dealer) and artist Liam Sharp (LORD HAVOK AND THE EXTREMISTS).