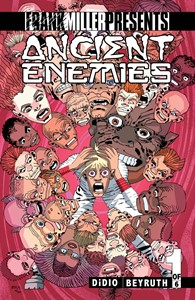 NM Price:
$30.00
Release Date:
11/23/2022
Issue not yet rated - You rated this a 0
Previous Issue Next Issue
View all 2 covers
Issue description
Writer: Dan DiDio
Artist: Danilo Beyrouth
Earth becomes the final battlefield for a centuries old war between two alien races. But this final conflict becomes the unintentional breeding ground for a new generation of super powers, each with the ability to influence the outcome of the war. Some super powers choose sides, while others struggle to maintain their independence with the hope of saving the Earth.