a cover of issue #2 of Cloaked by Dark Horse 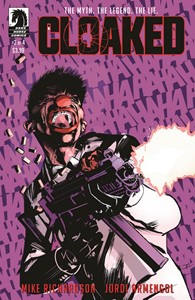