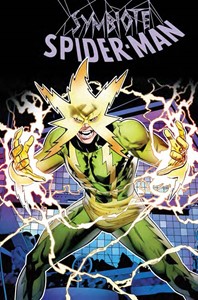 NM Price:
$3.99
Release Date:
7/17/2019
Issue not yet rated - You rated this a 0
Previous Issue Next Issue
View all 4 covers
Issue description
Writer: Peter David
Artist: Greg Land
From comic titans, Peter David and Greg Land, comes the third installment of an all-new Spider-Man tale set during the original ALIEN COSTUME SAGA! After glimpsing the strange abilities of Spider-Man's bizarre black suit, Mysterio is determined to uncover the secrets of the enigmatic ensemble - secrets Peter Parker hasn't even realized! Uncovering a shameful secret from Black Cat's past, Mysterio may have found the blackmail necessary to get close to the suit, and in doing so will set Felicia down a path where any misstep could result in her losing Peter forever! Rated T