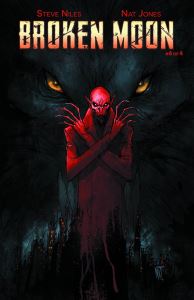 It's come down to this: an all-out attack on the vampires' city stronghold, with the fate of the planet hanging in the balance. But will Frankenstein's army be enough for the humans and werewolves to tip the scales in their favor? And how will they stop the vampires' ocean pollution from toxifying the air itself? Don't miss the epic finale to the horror series critics are raving about!