a cover of issue #1 of Age of Ultron vs. Marvel Zombies by Marvel Comics 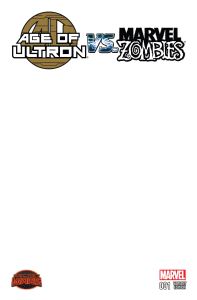 NM Price:
$3.99
Release Date:
6/24/2015
Issue not yet rated - You rated this a 0
Crossovers
Secret Wars
Previous Issue Next Issue
View all 6 covers
Issue description
Writer: James Robinson
Artist: Ron Garney Steve Pugh
THE ULTIMATE DEATH SENTENCE IN BATTLEWORLD! There's a place that's so dangerous it's walled off from the rest of BATTLEWORLD… …where WILD ZOMBIES feast on those who've been banished for crimes against the state. …where cold, mechanical ULTRONS destroy anything that's human. Pity those who get caught between the two, for their death WON'T be fast and painless! Rated T+