a cover of issue #4 of Grimm Fairy Tales Presents: Ascension by Zenescope Entertainment 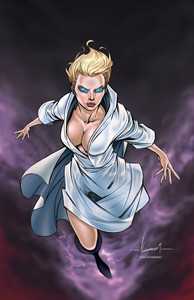 NM Price:
$3.99
Release Date:
5/21/2014
Issue not yet rated - You rated this a 0
Previous Issue Next Issue
View all 3 covers
Issue description
Writer: Patrick Shand
Artist: Butch K. Mapa
THE LAST STAND OF THE BEING! It's all been building toward the final stand between the Being and those who oppose him. Can humanity stand a chance against an all-powerful, vengeful deity? Has the time of reckoning arrived? The battle that will decide the fate of the Grimm Universe's deadliest villain begins now!